The Crew from Schultz Outfitters 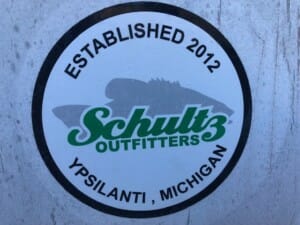 In between winter storms we hosted one of the bigger groups we’ve ever had last week and while the weather provided for some nice days on the water the fishing remained somewhat challenging.

With four days to fish we spread out far and wide from Land of the Giants to Cascade and while we did manage to find everyone a decent fish or two the fish gods were stingy, giving us just enough action to keep things interesting and to entice the majority of the group into making at least a soft commitment to return to the Missouri for another go around next year.

The group we were hosting was put together by Schultz Outfitters in Ypsilanti Michigan so it was a real treat for me to be around a group of Michiganders all week. I also had the pleasure of teaching some rowing basics to one member of the group who had driven out ahead of the rest in order to pick up his new boat which he had delivered to the shop. What a great group and what a fun experience. I can’t wait to have them back again. 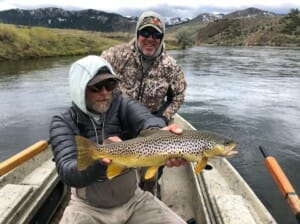 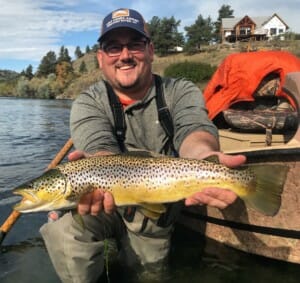 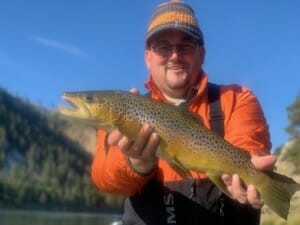 So back to the fishing report, yes on the slow side but hope springs eternal and we’ve got Great Expectations for the days and weeks ahead.

We’re enjoying the post-storm sunshine today and we’re glad to see the snow disappearing yet again, hopefully at least for a few weeks this time.

We’re back in the 40’s and 50’s starting tomorrow and maybe even up in the 60’s again by mid-week next week. Plenty of sunshine on tap over the 10 day and night time lows holding in the 20’s and 30’s, keeping water temps on the drop. Water temps are currently sitting at around 52 degrees.

Random BWO sightings being reported each day but I don’t believe we’re there yet. Keep those epic BWO days in your Great Expectations file and get out there on those cloudy days, preferably when it’s spitting rain and snow. It’ll happen sooner or later. In the meantime there are plenty of pseudos and caddis around to keep you busy if your idea of fall fishing on the MO involves dry flies only.

Nymphing has been moderately effective, depending on the day. There are fish congregating in the grass flats though they aren’t as grabby as we’d like them to be which has caused many to skip the dam and go in at Wolf Creek or lower.

The canyon has been fishing pretty good, relatively speaking and we’ve heard some decent reports from the lower as well. Don’t be afraid to spread out and try some different water. When things are on the slow side it’s the perfect opportunity to get out and explore parts of the river you aren’t as familiar with. You might be surprised what you find.

Streamer fishing should be heating up soon. I’ve heard a couple of solid reports but those have been few and far between. I ran an exclusive streamer trip on Friday and boated one really good fish, only moving a few others the entire day but take that for what it’s worth and get out there and strip.

Weeds are an ever-present hindrance though I’ve seen them MUCH worse. Prepare mentally ahead of time. Stay Calm and strip.

As with the nymphing the fish have not been collectively grabby on the streamers but the ones we’ve picked up have been aggressive. If streamers are your thing put in your time and have great expectations. It’s the right time of the year for hunting unicorns and that next cast could be the one.

We’ve got a few more weeks of fall prime time ahead but the end of the season is in sight. We’ll likely start closing/winterizing some of our lodging soon and while there are folks around you can expect some relative solitude out there going forward.

The shop is still open from 7 AM – 5 PM daily for shuttles, bugs, cold-weather gear, Simms boots and waders and so much more.

After a busy week last week the guide calendar is thinning out so if you’re thinking of booking yourself a fall guide trip on the Missouri this wouldn’t be a bad time to do it.

Winter specials for lodging and guide trips coming soon and we’ll update you as soon as we know the winter schedule at Shotgun Annie’s. Expect fewer dining options in the area as the fall progresses but remember we offer lodging with kitchens so you can cook for yourself.

It’s been a weird one weather-wise and fishing wise but we’re still optimistic that there’s some great fall fishing ahead. 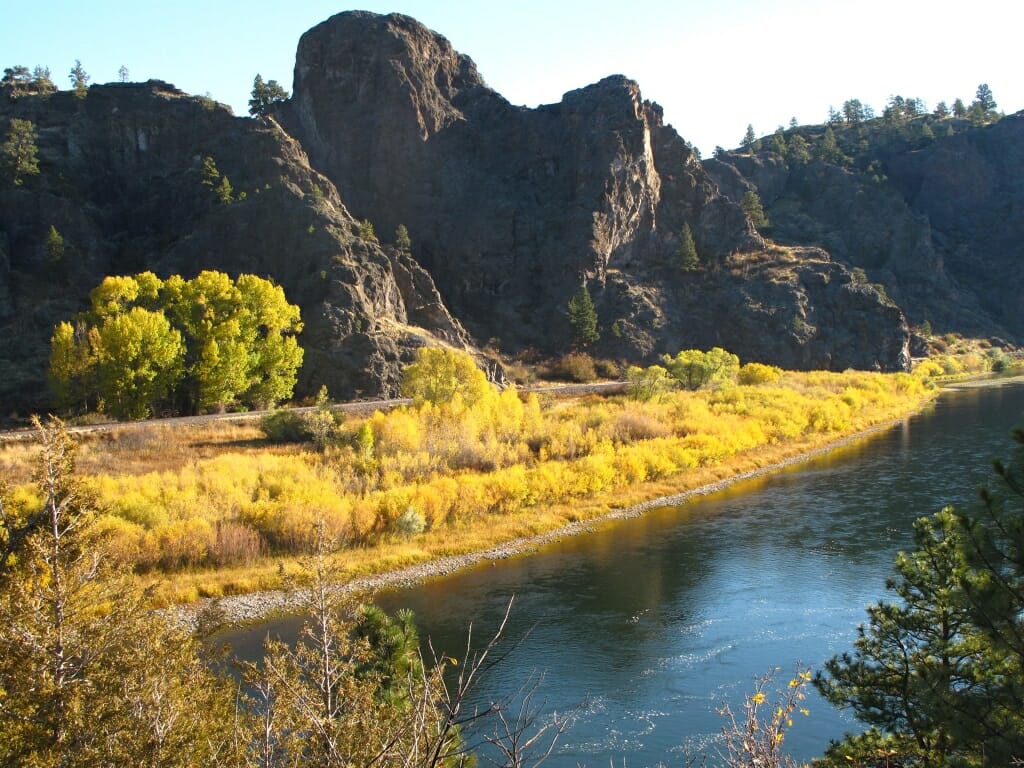 The return of autumn on the Missouri River

The winter storm that brought historic September snows and cold to Montana last weekend has come and gone and despite the lingering cold these last two days, it looks like we’re on our way to more seasonable fall weather as the week goes on.

We’ll see temps climb back into the 50’s starting today and it appears as though we may see a bit of Indian summer the first part of next weeks with temps near 70. Night time lows in the 30’s will keep things chilly for those early morning and late evening outings but a far cry from the low teens we saw Tuesday morning which took a toll on our psyches as well as on some of our exterior plumbing.

We did lose a few trips to cancellation over the weekend but those who kept their dates and fished through a couple of cold mornings were rewarded as the plummeting water temps and dramatic weather change seemed to have perhaps flipped the switch on fall fishing.

We had some good streamer and dry fly reports from yesterday, just in time for our big group trip from our friends at Schultz Outfitters in Southeastern Michigan happening all this week. Of course these Michigan folks are no strangers to cold weather fishing but we’re all stoked to see fall weather return and I’m sure they are as well.

Hopefully we’ll lose the rest of our snow here at the shop today and fingers are crossed that water will again be flowing through our aforementioned exterior plumbing in an orderly manner (not spraying out of cracked pipes) by this afternoon. Unfortunately we’ve embarked upon the season of long shadows here in the Wolf Creek canyon and while we do still have a parking lot full of sunshine we won’t see sun in the back yard until spring and it won’t be long before we lose our sunlight in the front so suffice it to say, we’re enjoying it while it lasts.

But enough about the coming winter woes…..right now the warm up is underway and we’re in the midst of our busiest three weeks of the fall season. The empty lot is empty no more and the quiet shop is now abuzz with activity, at least for the next few weeks. We do have a few vacancies here and there but for the most part rooms are going to be hard to come by until late October. If you’re planning on coming out over these next few weeks I’d recommend you call sooner rather than later as things are rapidly filling up.

Expect plenty of traffic out there (though nothing like during the summer season) if you’re headed this way and make sure to make us your first stop on your way to the river for shuttles, bugs, cold weather gear and so much more including the best streamer selection in the canyon.

Nymphing will continue to provide the numbers but there are plenty of other options if bobber fishing doesn’t excite you. Streamer fishing is heating up and is definitely worth your time though weeds will be an ever-present frustration. Keep calm and strip!

Pseudos and caddis have been providing plenty of top water action in a target-rich environment. The cool water temps should facilitate BWO action soon. In the meantime terrestrials will be back in play on the warm sunny days so make sure you’re stocked up on ants and beetles and the like.

Fall fishing is underway and it’s about to go off!