Springtime in the Rockies 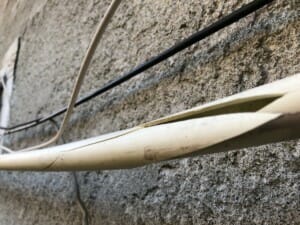 Following some moderately mild spring weather in mid-April, winter returned last Sunday. You never know when the weather will turn but you’d think by late April we’d be done with the risk of frozen plumbing. Not so this year.

We dipped back down into the teens last night but it appears as though a warm-up is underway and with any luck the nervous nights spent worrying about frozen plumbing are behind us for the season.

We’ll see temperatures back in the 50’s for the next couple of days, 60’s by the end of the week and up to 70 by Sunday. More importantly, overnight lows will be hanging in the high 30’s and low 40’s. Good for slowing snow melt and for maintaining water in its liquid form.

Fishing has been fair though not as consistent as we expect it to be this time of year.

Status quo fishing report with the best fishing still happening from the dam to Wolf Creek Bridge. Nothing much new to report on the nymphing scene. Tailwater sows still ruling the day with Pill Poppers, Bubble Yums, Pederson’s Sow, Yum Yums, UV Crush, Caviar Scud, Rainbow Czech, Pink Amex, Firebead Sows, Cotton Candies and the like all finding their targets. I mentioned last week that it might not be a bad idea to start mixing in some BWO nymphs and it bears repeating. LGM’s, S & M’s, Psycho Mays, Radiation Baetis, BWO Magic Flies, and 2 Bits should all be in the mix.

Dry Fly fishing? Coming soon. Widespread reports of BWO’s making an appearance. We like Sprout Baetis, MicroMay BWO, and Olive Para Adams etc trailed with a cripple or an emerger. Film Critics, Flash Cripples, and DOA Cripple Baetis should all get it done. Surface activity has been sporadic at best but it’s only going to get better so keep your dry fly rod rigged and ready….be prepared.

Streamer fishing has been tough, I’m not going to lie. We’ve been working extremely hard at it without much to show for our efforts. Some are discouraged. I am not. Keep at it. Sooner or later it’ll happen. Or not. Try different colors, different sizes, switch up your retrieve. It’s hard work but the payoff is so worth it when it happens.

Good news from the Bureau of Reclamation this morning, it looks like flows are going to drop by around 1000 cfs tomorrow. It might make fishing weird for a day or two but we’re optimistic that things are about to come into fine shape. Water temps are holding in the 43 degree range and should start to increase over the next couple of weeks. Snow pack is average to slightly above so with the current weather pattern of mild days and cool nights continuing we’re cautiously optimistic that things are about to get really good.

Spring special is OVER but spring fishing is just getting started. We’ve got guides at the ready and lodging available most nights so if you’ve been on the fence about doing a spring trip get off the fence and book a trip today. NOW is the TIME!

We are open daily from 7:30 – 5:00 pm for all of your Missouri River fly fishing needs. Shuttles; fishing licenses; Adipose Flow Drift Boat Rentals; waders, boots, outerwear and accessories from SIMMS; packs, tools and accessories from FISHPOND and the largest selection of Missouri River Bugs ever assembled under one roof in Wolf Creek Montana. We are your GO TO, Full Service Fly Shack on the MO.