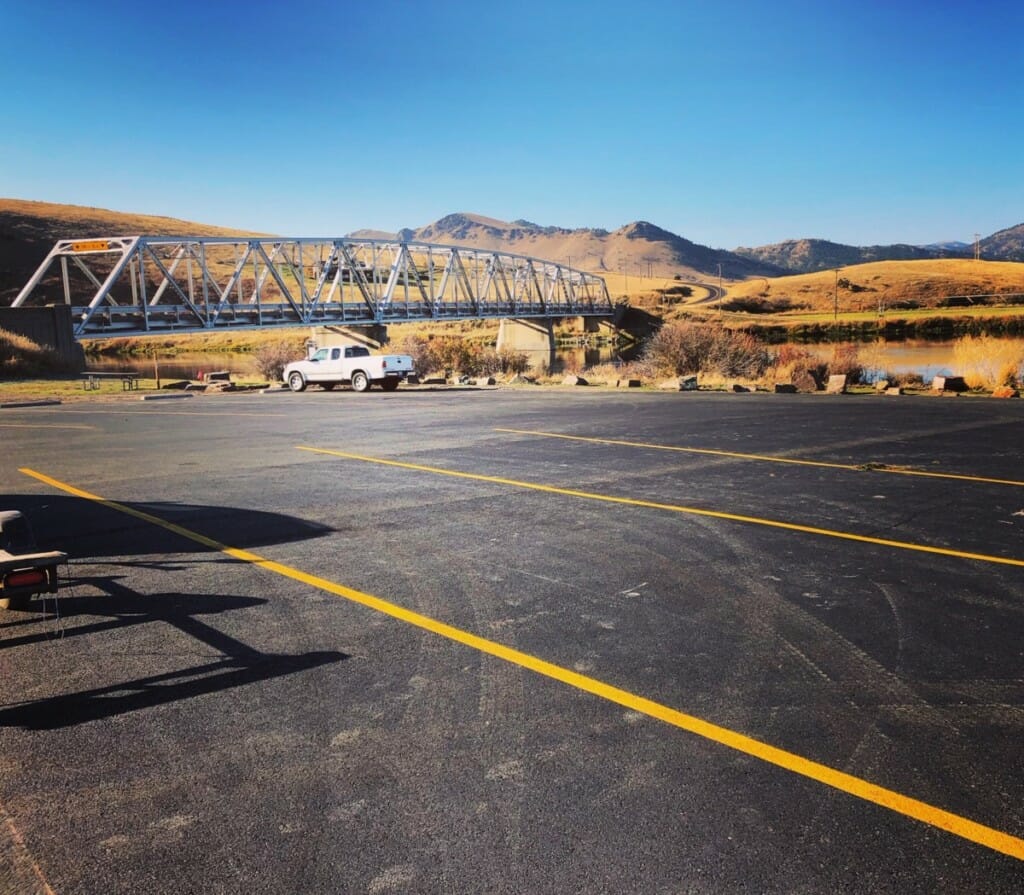 We’ve been enjoying some gorgeous autumn weather these last several days though the fishing has slowed considerably.

We love the blue skies and sunshine, optimal conditions for showcasing the dwindling fall color show. The fish do not share our love for such days. The fish prefer the shadows.

That being said, there has been no shortage of opportunities to target rising fish, even on the sunniest of days if you know where to look.

A Sprout Baetis paired with cripple or emerger will get eaten as will a split wing BWO or a tried and true parachute Adams. An October Caddis makes a great strike indicator…the kind they like to eat! Drop a CDC Caddis Emerger or a zebra midge to up your odds and always make that first cast count. Matching the hatch can be important but presentation is critical. They’ll eat something other than the exact bug that’s on the water if it’s presented correctly. They won’t think about eating a poorly presented fly no matter how close to the natural it looks.

There are always exceptions to the rules but if you plan to consistently catch fish you have to make your first casts count. A ravenous pod of hungry trout on the Missouri is NOT the place for casting practice!

Nymphing reports have ranged from awesome to terrible, depending on location (and just maybe also depending on the skill level of the anglers). You end up hearing a lot of conflicting reports over the course of a day in the fly shop due in large part to the subjective nature of our sport.

It’s not uncommon to hear the extreme ends of the spectrum on any given day. “The water is really high” for one but “the water is as low as I’ve seen it” for another. “The slowest it’s ever been for us” often times coincides with “the best we’ve ever done here”.

The objective report is that nymphing is good. It was better prior to this streak of sunny days and it will likely be better once the clouds return but overall nymphing has been good and will always be your ticket to numbers.

Tailwater Sows have been money for me as of late, typically paired with a Rainbow Czech or beaded version of the Tailwater Sow but I’ve also had good luck with Pill Poppers, Firebead Rays, black Zebra Midges, Little Green Machines, Psycho Mays and plain old pheasant tails.
I’ve been running 5’ to split and not doing much in the way of depth adjustments. Many are finding success running shorter late in the day, I haven’t found a reason to do so. Keep it simple and don’t overthink it.

If you’re having a tough time finding fish take a look at the depth of your rig and the water you’re fishing before going crazy with bug changes.

Believe me, we’re all for people making bug changes. We’ve got thousands of bugs we think you should try but truth be told….it’s typically not the bug itself but rather where you’re fishing it. Even so, just like everywhere, there are a handful of go-to patterns on this river you should not be without…all of which are available for purchase every day at Wolf Creek Angler.

Streamer reports have been decent but once again, blue bird days are typically not your best bet for tossing the big bugs. Mornings have been decent before the sun hits the water and the long shadows of the afternoon into the early evening hours are good bets.

The water is still relatively warm (currently 52 degrees) so strip aggressively. They’re up for the chase and if you’re lucky the ATTACK! Expect plenty of short strikes and keep at it. Weeds are still a hindrance but they haven’t been horrible. There are angry browns lurking somewhere in the shadows. All you have to do is find them.

The entire river is fishing well right now. Best nymphing reports have come from the upper while we’ve found the better dry fly and streamer fishing to be below Craig. FYI – The Wolf Creek Bridge FAS is OPEN.

The fall season is in full swing and it will be over before you know it. Make your fall fly fishing getaway to the Missouri while there is still time.