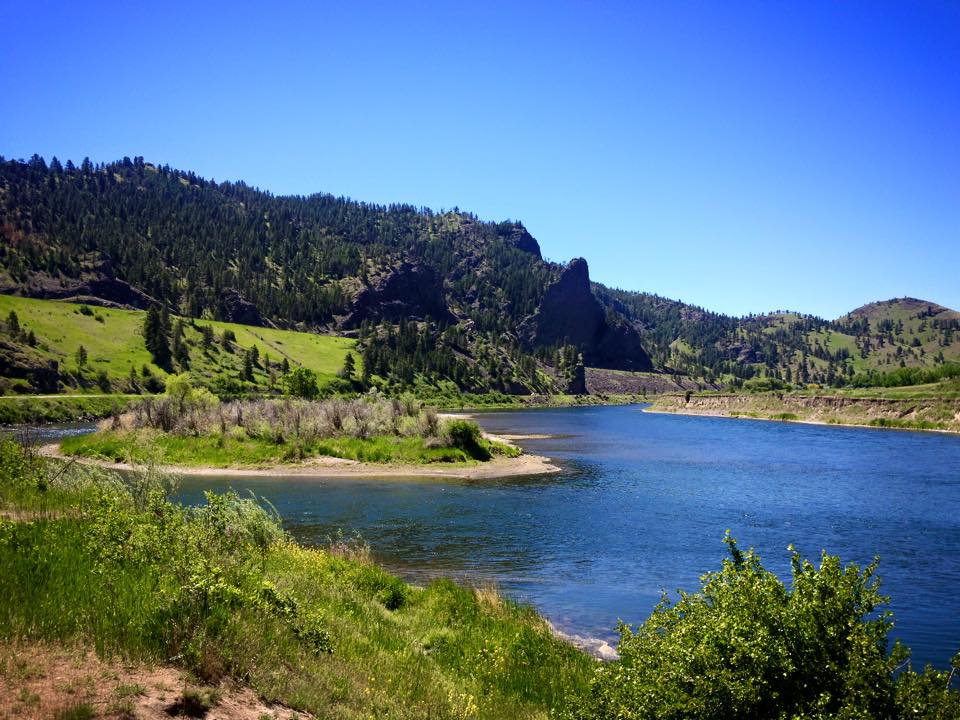 We eagerly anticipate this report each spring. It’s a snap shot of the previous year which gives us stats on fish populations as well as river flows and tells us where those stats fall in the historical record.

The takeaway from 2017 is that we saw a slight increase in the fish counts over 2016 in the Craig section and a decrease in the Cascade section. The real highlight though was the river flows which in 2017 were the highest they’ve been since 2011.

The Craig section yielded just over 5500 trout per mile of which 4,936 were rainbows and 576 were browns. This was pretty much on par with what we saw in 2016 for rainbows though it’s close to double the brown trout we saw in 2016. The rainbow population in the Craig stretch is still well above the 3394 average while the brown trout population is close to the 563 average. 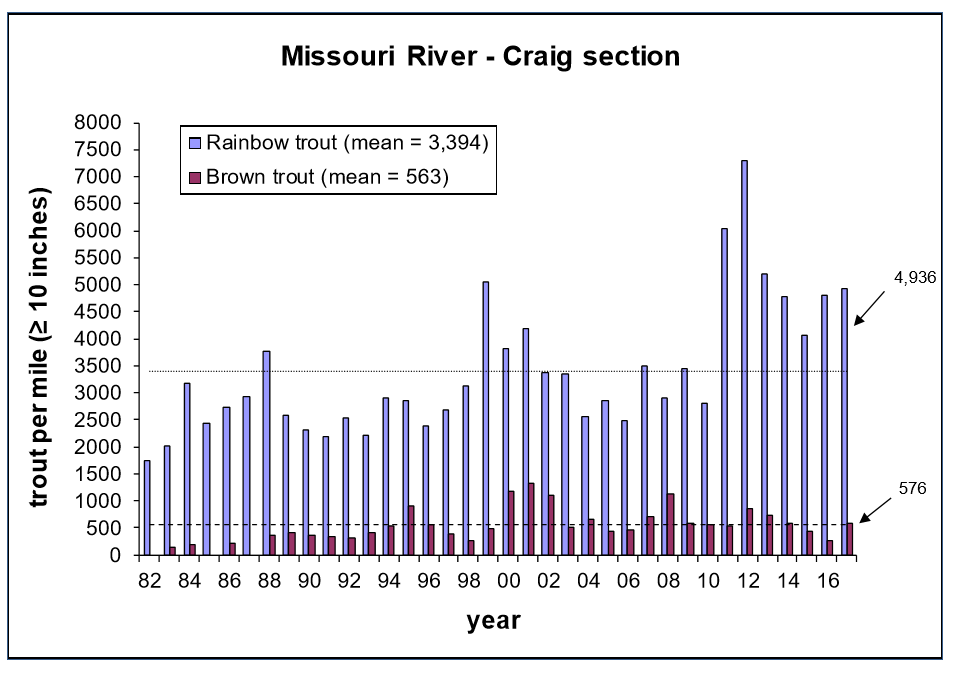 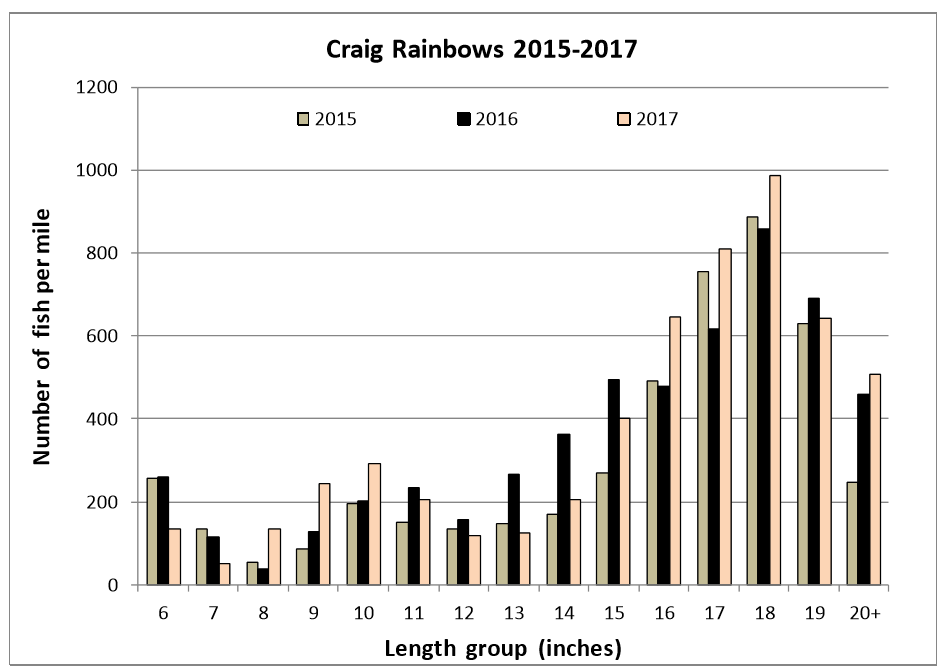 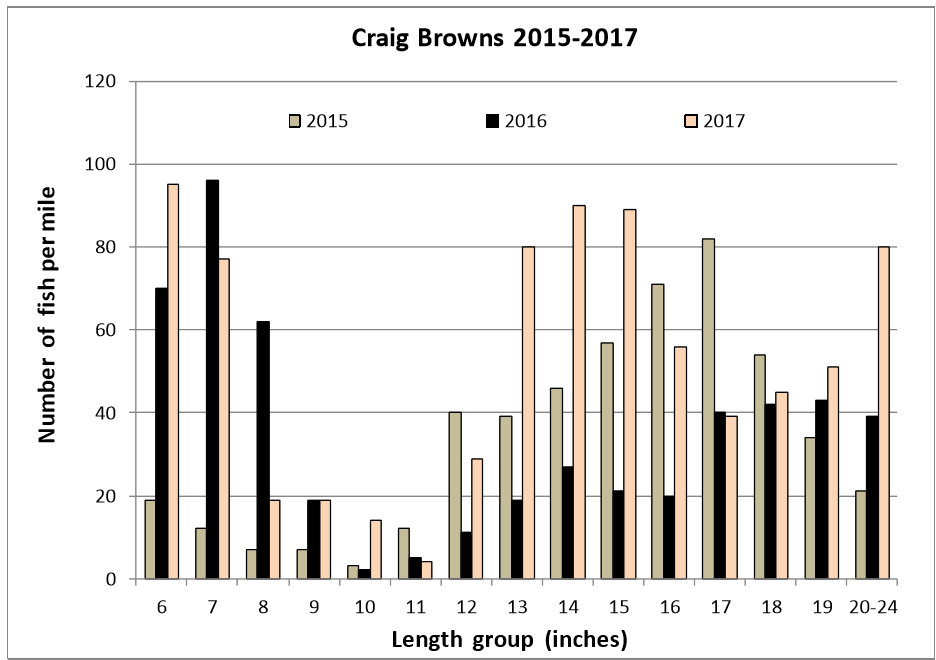 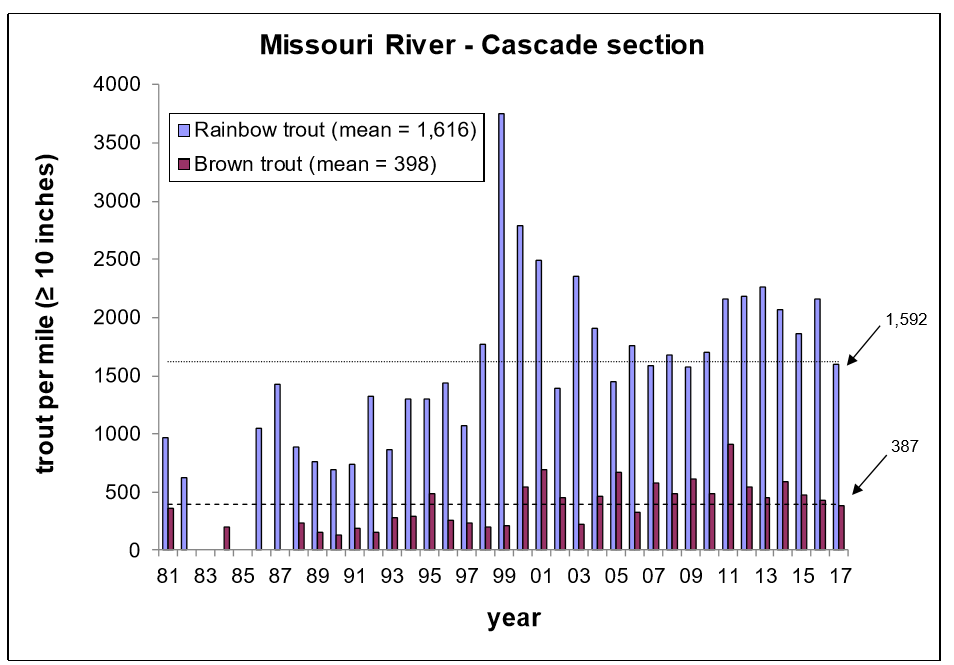 Flows on the MO’ peaked at right around 12,000 cfs last year which we would expect to see again this spring but only time will tell. 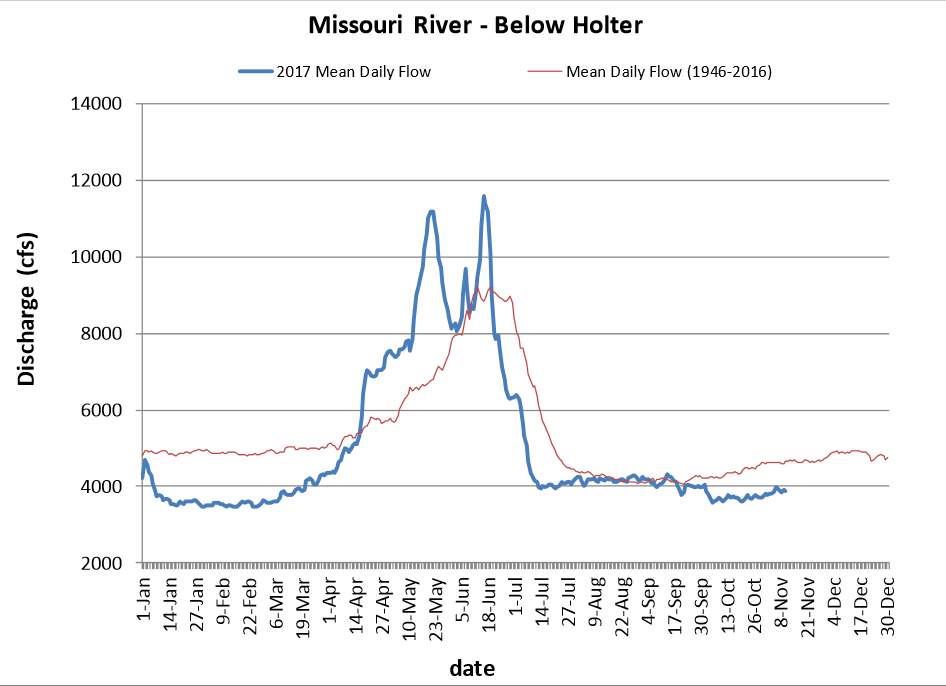 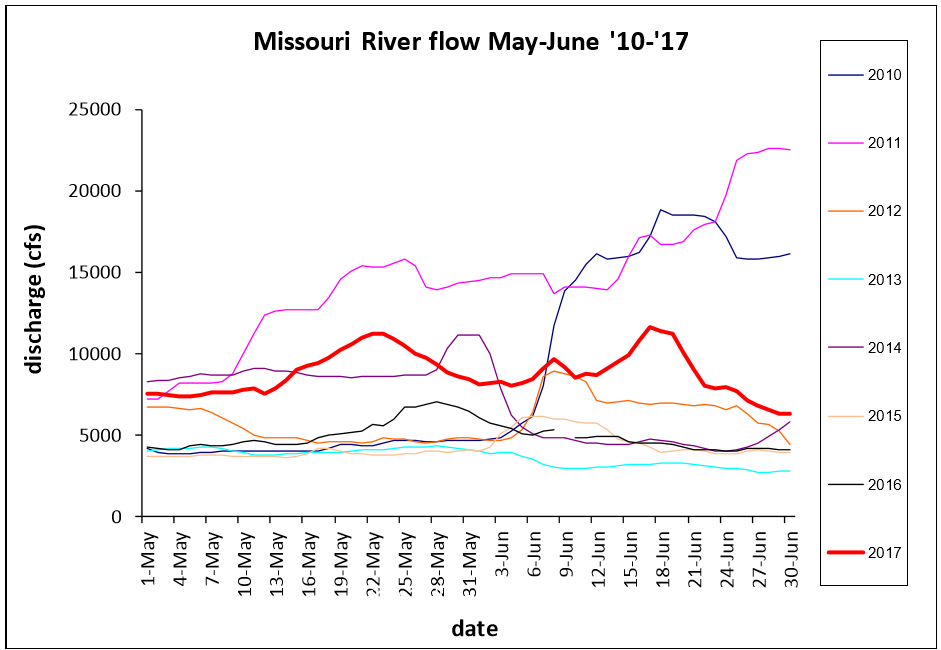 A couple of interesting points that highlight just what an amazing resource we have in the Missouri are the relative weight of the fish and the water temps below Holter Dam relative to those in the Toston section which is not dam controlled. 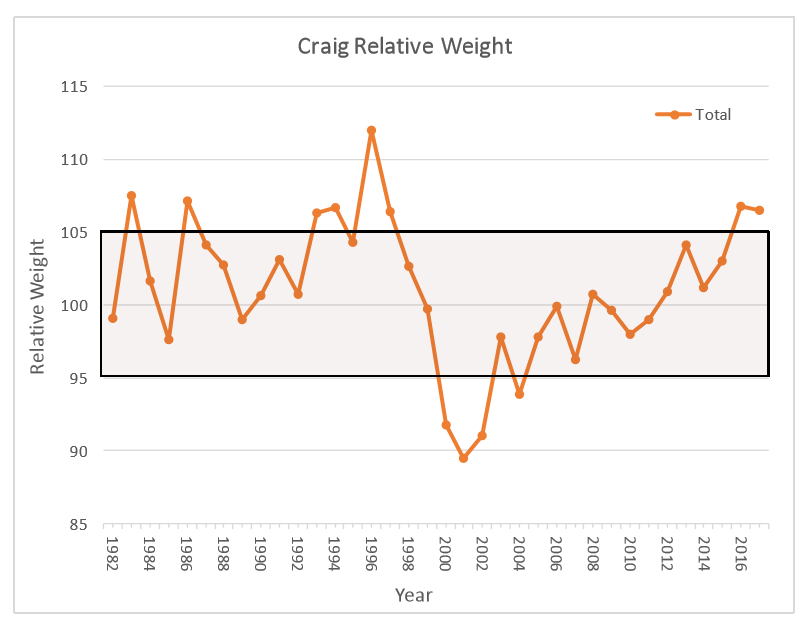 This graphic shows the relative weight of fish in the Craig section from 1982 – 2016. FWP describes Relative Weight as the “plumpness” of the fish. The reported ideal relative weight is in the 95-105 range, which as you can see is pretty much where these fish have been most of that time. Our fish are well fed and consistently healthy.

The other graphic I found interesting was this water temp chart which shows temps holding steady in the 60 to 64 degree range throughout the heat of the summer, well below the 73 degree temp which triggers closures due to the stress those temps put on trout. 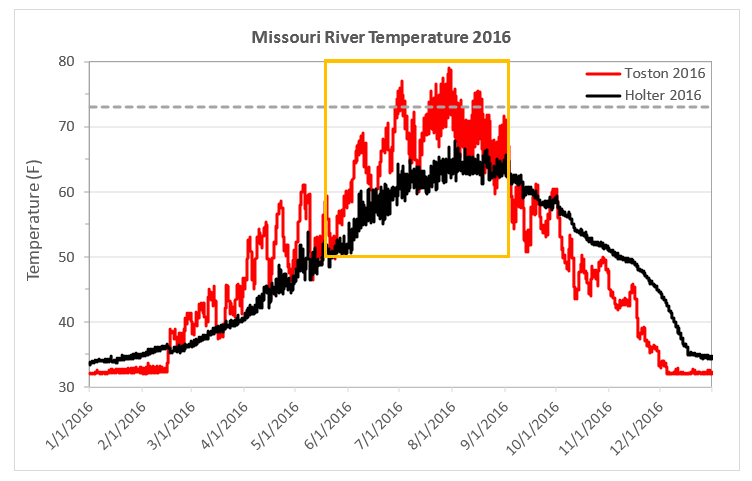 Once again, the great thing about the tail water is that temps are controlled. Take a look at Toston temps and you can see what happens absent of controls.

Perfect temps, controlled flows, an abundance of food….this is one special fishery, but you knew that already.