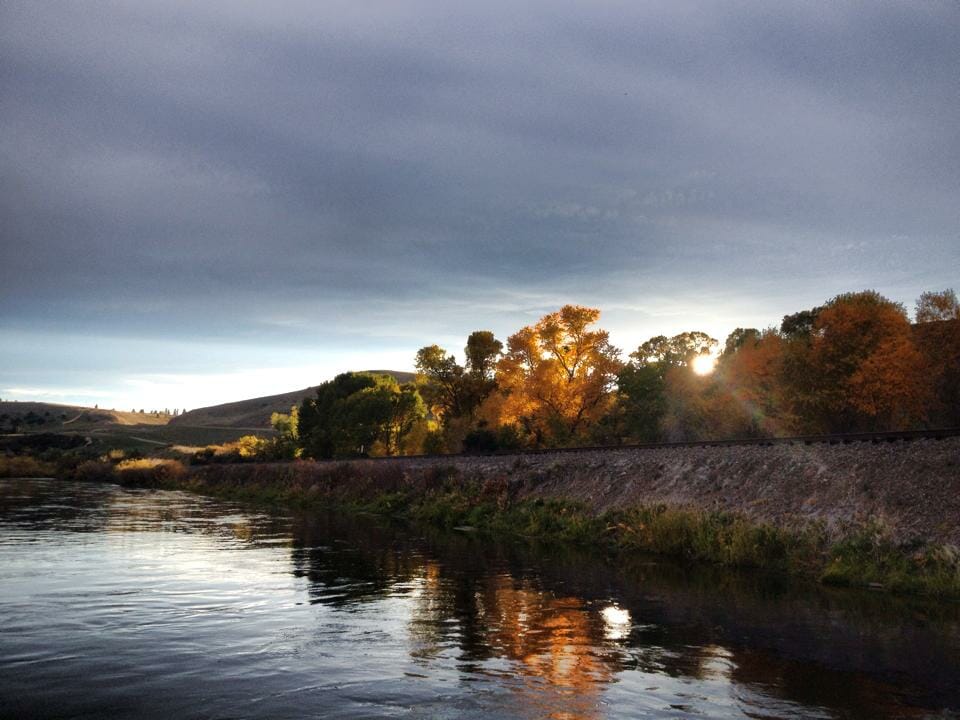 Summer is rapidly coming to a close. And as always, it’s bittersweet.

After all, we do LOVE summertime in Montana. It’s in large part what brought us here and what keeps people coming back.

Long days. Blue skies. Wet wading or floating your favorite stream while soaking up the sun. Warm nights, barbeques, beers on the deck, live music under the stars, visits from friends and family and spending time together before the world clocks back in.

Summer number six at Wolf Creek Angler was a good one and flew by faster than the rest as they tend to do.

Soon we will sadly bid farewell to summer as autumn takes hold but there’s really no need to despair.

Sure, summer is amazing but autumn runs a close second as far as I’m concerned.

The transition has already begun. The days are growing short, so much so that it’s actually dark when I’m driving to work in the morning and again before I go to bed.

The calendar shows summer for another three weeks but there’s a chill in the air (40 degrees in Wolf Creek as I write) most mornings and evenings. We will unofficially say goodbye to summer this Labor Day weekend and close the books on a great summer season while we gear up for the “second season” on the Missouri coming soon.

For many who call this part of the world home, the change in seasons shifts the focus away from fishing to hunting which maintains the late summer and early autumn solitude on the river but for others fall is considered THE best time of the year to fish.

In several weeks we’ll celebrate the arrival of the autumn equinox and with it, a second round of busy chaos as anglers from all around once again set their sights on the Missouri.

Of course Mother Nature has the final say on when the second season begins and ends but we’ve come to expect good fishing and good commerce generally through early November.

We’re open through all of it and beyond. We are your four season Missouri River fly shop. Lodging options dwindle as the temperature drops and we’re forced to winterize but we’ve always got at least a few rooms available, even in the dead of winter. In fact late fall into winter is when Wolf Creek shines as much of the fly fishing infrastructure in and around Craig starts to shut down making Wolf Creek the place to be with two bar/restaurants, a gas station/convenience store and a first rate full service fly shop with onsite lodging all just minutes from Holter Dam and Wolf Creek Bridge.

The feeling must be in the air as the phones have been busy and we’ve been booking a lot of fall trips these past few days. October is prime by fall standards but don’t hesitate to book September dates as well. November is hit and miss but can often deliver the best fishing of the fall as the shift to winter begins ushering in epic days of BWO’s.

Nymphing is always a good bet on the Missouri and fall is no exception but for those of us addicted to the streamer game fall means one thing and one thing only….big cantankerous browns on the prowl. They’re angry and aggressive and colored up in autumn splendor and there’s no better time to target them. Strip through the autumn, swing through the winter….it’s about to be streamer time on the MO (and every other stream in Montana).

So enjoy these last weeks of summer to the fullest but embrace the arrival of fall. It’s a magical time on the MO!